Fresh from the Garden Cucumbers with Apple Cider Vinegar recipe

Combine cucumbers and onions in a bowl. With your fingers mix together
while shaking the salt over all(so salt is evenly distributed).
Let soak for 3 hours. I give mine a stir a few times during soaking
period. After soaking, DRAIN the juice that has formed. Pour vinegar
over all until mostly covered. Add a pinch of black pepper, stir, let
stand 10 minutes, stir again, then serve.

Tip: I prep. this in the morning and let them soak all day until supper time.
Longer the better I think for the true flavor. Yum!! 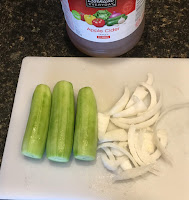 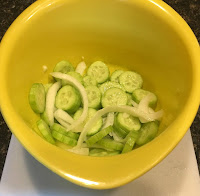 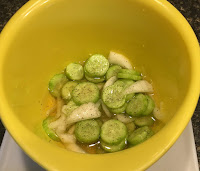 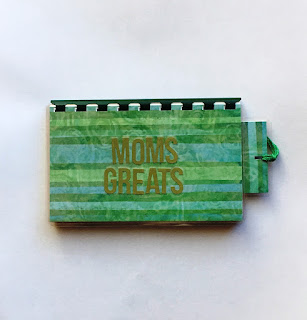 Popular posts from this blog

February 03, 2020
Bread Pudding Easy For Kids To Make Recipe 1 loaf sliced cinnamon bread 1/3 can condensed milk 1/2 pkg. ready to eat vanilla pudding (4 servings in a pack) Butter 1/2 can apples filling Vanilla ice cream (optional) Butter bread slices on 1 side. Slightly toast the bread slices. Cut the bread slices into 4. In a oven pan, put the bread slices in, fold in condensed milk, pudding and apple pie filling. Put the pan in oven at 350'until it looks done. The milk, pudding and filling will soak up the bread. This is so yummy, we like to have this warmed up with vanilla ice cream. The Benefits of Teaching Our Children How To Cook $8.99
Post a Comment
Read more